I'm on a need to know basis 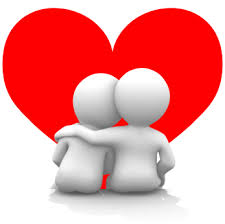 My son JJ is a sophomore in high school and almost 16 (Dec. 3rd) and is "talking to" a very nice girl who is a year younger than him.

I was finally able to pin him down as to what he meant by "talking to".... I had asked him if he was "dating" her and he was quick to tell me that NO he was not DATING her.  It seems the term "dating" now means the couple is exclusive- and are not seeing anyone else..... if you are "talking" it means you could be "talking " to any number of people.. 2, 3, 5, ....

When I was a teenager back in the dark ages of the 1970's "dating" meant that you went out with multiple people on dates. If you were "going together" it meant you were exclusive- you were in a relationship  & monogamous to one person.

So when did "dating" turn into "talking to"?

It is interesting that with a teen aged son you have to really pry to get any kind of information when it comes to social relationships with the opposite sex. Boys are sooooooo different from girls! They are not giving away ANY info..... My girls were very different- they would often tell me about boys they liked etc. and would even on occasion ask me for advice.

You would think when I asked JJ who he was "dating" (yes I know I used the wrong lingo) I had asked for classified information. I have come to realize that I am now on a "need to know basis"and in his opinion I don't need to know.

So what is a mother to do? Short of having him followed? How are we supposed find find out what's going on unless we ask???

Trust me -I don't want to know specifics- (unless of course he would like to share that with me) I'd just like to have a general idea of what's going on in his social life. I know that he has been hurt in the past so maybe this is why he is so closed mouthed? Actually no- he was like this before...

It was so much easier when he was 5 and I was the most important woman in his life - his biggest concern was if we were going to bake cookies and could he lick the spoon?  Now my little J Man is almost a man and is pushing 6'1.... where did the time go?
Posted by life in the mom lane at 9:15 AM